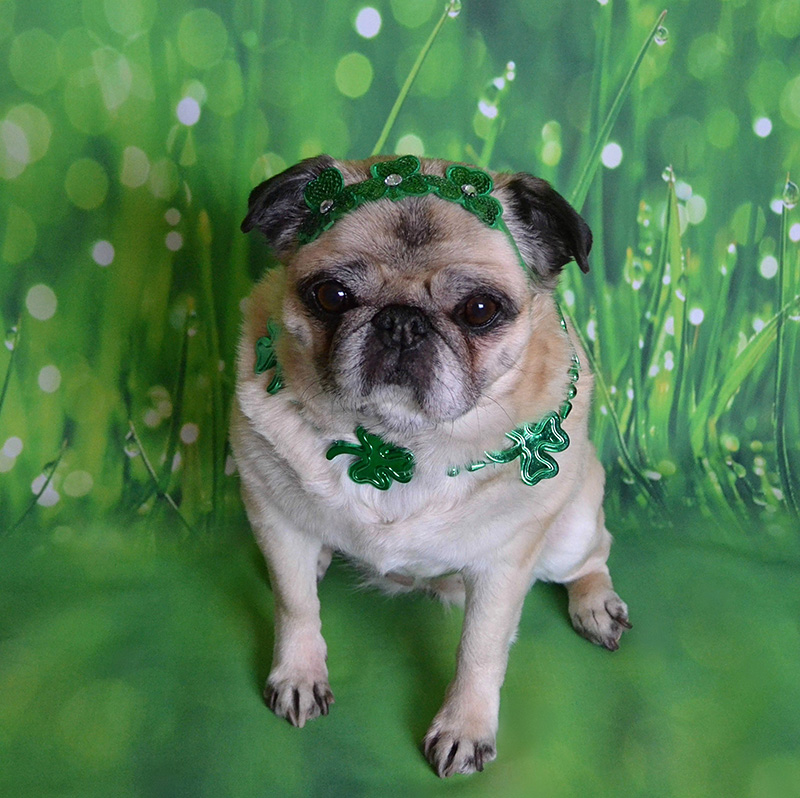 People all over the world will be celebrating St Patrick’s Day today.  But St Patrick had nothing to do with shamrocks, leprechauns, and things turning green.  Patrick wasn’t even Irish!  There is some evidence that he might have been born in Scotland, though Cumbria and Wales also have a claim.

We know that he was born in Roman Britain in the 5th Century AD, the son of a Roman official in a place called Bannavem Taburniae, but none of the experts have been able to identify where that is.  His father was a deacon in the church and his grandfather a priest. Patrick was brought up in a Christian family, but he wrote later in his life how he took no interest in the church as a boy.

His comfortable life ended suddenly when at age 16 he was captured by Irish pirates and sold as a slave to a farmer in Ireland where he was set to look after his sheep.   This was a significant time for Patrick, living a miserable captive life, mostly on his own on the hillside.  It was during this difficult time in his life that he discovered the faith that he had turned his back on as a boy.

He endured six long years of slavery before he felt the call of God to make his escape and return home.  This he did, making his way to the coast, hiding all the time, since, as an escaped slave, he would be sure to face execution.  He persuaded a ship’s captain to take him back to Britain where he set about studying his faith and in time was ordained as a priest.

He felt God’s hand on him again.  In a dream he saw a man called Victoricus who handed him a letter headed “The Voice of the Irish.”  He felt he heard the voice of Irish people saying, "We appeal to you, holy servant boy, to come and walk among us." He was sure that God wanted him to return to the place of his slavery and there spread the good news of the Gospel.  And that he did, despite uninterest and even opposition among the church leaders in Britain.  He spent the rest of his life among the Irish people, and it is thanks to him that the Irish Church became the place where the faith was preserved through the Dark Ages, and from Ireland missionaries like Columba came to spread the faith in Scotland.
Patrick died on 17 March 461 and is buried at Downpatrick in County Down near where he had first gathered a congregation in a barn at Saul.

These are the facts of his life, but there are so many stories and so many places in Ireland claiming a connection with Patrick.   There is no evidence that Patrick ever used a three-leafed shamrock as an illustration for the Trinity, but he might have.  What about driving snakes form Ireland?  No truth in that story.  Scientists tell us that there never were any snakes in Ireland after the Ice Age for him to drive out.

Listen to Patrick’s own assessment of himself from his Confession: “My name is Patrick. I am a sinner, a simple country person, and the least of all believers.”

Exodus 3:1-4
Now Moses was tending the flock of Jethro his father-in-law, the priest of Midian, and he led the flock to the far side of the wilderness and came to Horeb, the mountain of God. There the angel of the Lord appeared to him in flames of fire from within a bush. Moses saw that though the bush was on fire it did not burn up. So Moses thought, ‘I will go over and see this strange sight – why the bush does not burn up.’
When the Lord saw that he had gone over to look, God called to him from within the bush, ‘Moses! Moses!’
And Moses said, ‘Here I am.’

It was at the time when Patrick was at his lowest and living as a slave on his own among the hills that he found his faith and felt the call of God.   It was when Moses was on his own in the wilderness looking after his father-in-law’s sheep that he saw the burning bush and heard the call of God to go back to Egypt. Since 1691 The Church of Scotland has taken the Latin words which described the burning bush, ‘Nec tamen consumebatur’ (It was not however consumed) as our emblem.
Yesterday the First Minister has given us the view ahead out of lockdown. These past long months have been an opportunity to listen to what God may be telling us about our future.

What is he saying to us?

Some words from a prayer attributed to St Patrick.