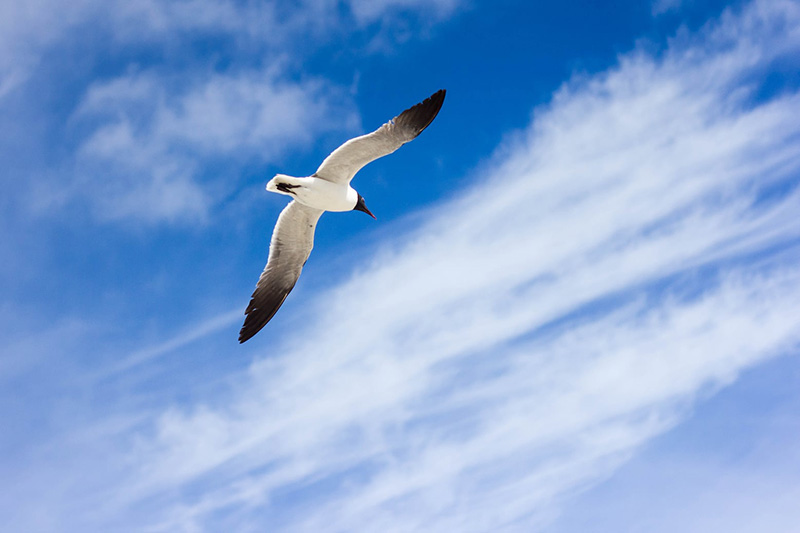 And walk in the way of love, just as Christ loved us and gave himself up for us as a fragrant offering and sacrifice to God.

On the SE coast of Florida, there was on old who man visited a pier every Friday night until his death in 1973. The locals though that he was just an eccentric, lonely old man.  Every evening he slowly walked down the pier, slightly stooped with a large bucket of shrimp. The sea gulls would flock to this old man, and he would feed them from his bucket.

Many years before, in October 1942, Captain Eddie Rickenbacker was on a mission in a B-17.But there was an unexpected detour, which would hurl Captain Eddie into the most harrowing adventure of his life. Somewhere over the South Pacific the Flying Fortress became lost beyond the reach of radio. Fuel ran dangerously low, so the men ditched their plane in the ocean...For nearly a month Captain Eddie and his companions would fight the water, and the weather, and the scorching sun. They spent many sleepless nights recoiling as giant sharks rammed their rafts. The largest raft was nine by five. The biggest shark...ten feet long. But of all their enemies at sea, one proved most formidable: starvation. Eight days out, their rations were long gone or destroyed by the salt water. It would take a miracle to sustain them. And a miracle occurred.
In Captain Eddie's own words, "Cherry," that was the B-17 pilot, Captain William Cherry, "read the service that afternoon, and we finished with a prayer for deliverance and a hymn of praise. There was some talk, but it tapered off in the oppressive heat. With my hat pulled down over my eyes to keep out some of the glare, I dozed off." Now this is still Captain Rickenbacker talking..."Something landed on my head. I knew that it was a sea gull. I don't know how I knew, I just knew. Everyone else knew too. No one said a word, but peering out from under my hat brim without moving my head, I could see the expression on their faces. They were staring at that gull. The gull meant food...if I could catch it." And the rest, as they say, is history. Captain Eddie caught the gull. Its flesh was eaten. Its intestines were used for bait to catch fish. The survivors were sustained, and their hopes renewed because a lone sea gull, uncharacteristically hundreds of miles from land, offered itself as a sacrifice.

After the war was over he never forgot. Because every Friday evening, about sunset...on a lonely stretch along the eastern Florida seacoast...you could see an old man walking...white-haired, bushy-eye browed, slightly bent. His bucket filled with shrimp was to feed the gulls...to remember that one, which, on a day long past, gave itself without a struggle...like manna in the wilderness.

Spend a moment or two in quiet meditation, thinking of the sacrifice of Jesus; pure Love freely given and poured out for our Salvation. And for the challenge of the sacrificial life that Jesus calls us to live.

In a world of self-seeking, of self-sufficiency
there is often very little space for love
Little time for giving, or receiving
In the midst of living, the bustle of the shopping centre
the noise of office or workspace, the party small-talk
there is real loneliness
unnoticed by all but you
Give us discernment, Father to see people as you see them
to be your love in this world
to be willing to give sacrificially of time, and self.
Amen

May God the Father
prepare your journey,
Jesus the Son
guide your footsteps,
The Spirit of Life
strengthen your body,
The Three in One
watch over you,
on every road
that you may follow.