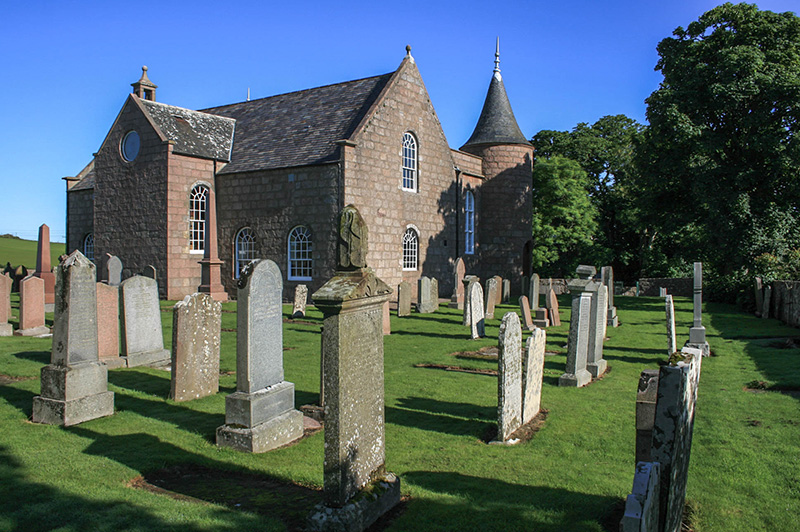 The day between Good Friday and Easter Sunday is known as Holy Saturday. It is the day before Easter and the last day of Holy Week. Although Holy Saturday is not frequently observed within the Presbyterian tradition, it is a major religious festival in other parts of the world. In the Coptic, Ethiopian and Eritrean Orthodox Churches, this day is known as Joyous Saturday, otherwise known as the night of light and joy. In the Syriac Church, which is also a day where Syriac Christians remember their departed. There are two main beliefs associated with Holy Saturday. First, there is watchful waiting. That Christ ‘rested’ in the tomb before his resurrection on Easter Sunday. Second, is the harrowing of hell.

John 19:41-42
Now there was a garden in the place where he was crucified, and in the garden there was a new tomb in which no one had ever been laid. And so, because it was the Jewish day of Preparation, and the tomb was nearby, they laid Jesus there.

1 Peter 3:18-22
For Christ also suffered once for sins, the righteous for the unrighteous, to bring you to God. He was put to death in the body but made alive in the Spirit. After being made alive, he went and made proclamation to the imprisoned spirits – to those who were disobedient long ago when God waited patiently in the days of Noah while the ark was being built. In it only a few people, eight in all, were saved through water, and this water symbolises baptism that now saves you also – not the removal of dirt from the body but the pledge of a clear conscience towards God. It saves you by the resurrection of Jesus Christ, who has gone into heaven and is at God’s right hand – with angels, authorities, and powers in submission to him.

There are parts of the Bible which are unclear and open to several possible interpretations. This would include the above Bible passage. What exactly is it that Peter is trying to say here? Who are the imprisoned spirits and where exactly are they located? One interpretation is called the Harrowing of Hell – that Jesus descended into the underworld (or hades or hell or lowest parts of the earth) where the gospel was proclaimed to the imprisoned spirits, who were then set free and raised to heaven. Some people have used this to argue that even after death there is a second chance of salvation.

A more nuanced view of this passage is that Jesus really did die on the cross. That he embraced physical death. The Apostle’s Creed uses the phrase ‘he descended into hell’ which has in turn been revised to ‘he descended to the dead.’ This newer translation reflects a problem with the many Hebrew and Greek words used to describe hell. Many of the words translated “hell” merely refer to the place of the dead. Others describe a place of torment in more traditional fashion.
A good example is the puritan preacher Jonathan Edwards. Edward’s frequently used vivid descriptions of hell in his preaching. He pictured sinners as dangling from a thread, hanging over the pit of hell. In one of his sermons he said, “The pit is prepared. The fire is made ready. The furnace is now hot, ready to receive them. The flames do now rage and glow. The glittering sword is whet, and held over them, and the pit has opened her mouth under them. O sinner! Consider the fearful danger you are in.”

So, what are we to make of this day and this unclear piece of scripture? Who knows! What we can be certain that Jesus will do everything to reach us. In the words of one writer: ‘If, at least once, he went all the way to the place of the dead to draw people to him, then there is certainly no place that we can go where he will not find us. There is no guilt that we can experience, no hopeless place where we find ourselves that is beyond the love, the care, and the calling of God. Jesus is in the business of destroying hell.’

“Christ also suffered for sins once, the righteous for the unrighteous, that he might bring you to God.”

“Today the one who holds all creation in his hand
is himself held in the tomb,
a rock covers the One who covered the heavens with beauty,
Life has fallen asleep,
Hades is seized with fear,
and Adam is freed from his bonds.
Glory to your work of salvation;
through it you have accomplished the eternal Sabbath rest,
and You grant us the gift of your holy resurrection.”
From the Byzantine Matins of Great & Holy Saturday
Would we be counted
among the doubters
hiding in the shadow
cast by that cruel cross?
Or, when challenged,
like Peter
openly deny you?
There are times, Lord
when doubts assail
and the distance between us
seems to increase.
There are times, Lord
when sin has its hold,
like a barrier between us
that will not move.
Who is there we can turn to
when we feel so overwhelmed?
Who can roll away the stone
and reveal the empty tomb?
No-one but you, Jesus,
no-one but you! Amen
When our faith
stands at the grave,
grieving
for a stone that's rolled away,
forgive us.
When our faith
is short of
understanding
though the truth is there to see,
forgive us.
When our faith,
beset by doubt, sees
no further
than an empty tomb today,
forgive us.
Bring to mind
the cry of Mary,
‘I have seen the Lord!'
and grant us faith to believe!
Amen

Christ yesterday and today,
the begging and the end,
the Alpha and Omega.
His are the times and the ages.
To him be glory and praise through all eternal ages.
Amen.